A mobile application that will pay you for walking / running

Sweatcoin is a new breed of step counter and activity tracker that converts your steps into a currency you can spend on gadgets, sports and fitness kit, services and experiences. Sweatcoin is an achievement tracker for a new generation.

Sweatcoin is an exercise app that tracks your steps and pays you in ‘Sweatcoins’- a type of quasi-cryptocurrency – each time you walk 1,000 steps. Unfortunately, you can’t actually cash out Sweatcoins to your bank or PayPal account. Instead, Sweatcoins can be used to buy goods, services and experiences from partnering companies via an in-app marketplace.

Offers in this marketplace change at least once a day. When I used the app, they ranged from subscriptions to other health apps, such as Calm (14.99 Sweatcoins), through to high-tech items like an iPhone XS and a curved Samsung TV (both 20,000 Sweatcoins). If you’re feeling more altruistic, you can donate your Sweatcoins to charitable crowdfunding campaigns.

Importantly, Sweatcoin currently only tallies your outdoor steps. This means that any indoor steps you take – say at the gym, around the office, or if you have to climb down 22 flights of stairs during a fire drill like I did last week – aren’t going to count. That said, the app did still pick up some of my steps when I was at home, which was a much-needed bonus for my total step count. 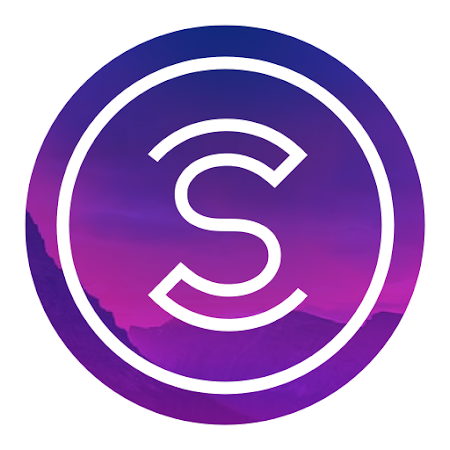 How does Sweatcoin actually work?

Sweatcoin is available on the App Store and Google Play Store and can be used via a smartphone or Apple Watch. After downloading the app, you are prompted to enter your name, phone number, email and, crucially, to allow the app to access to your GPS location. Sweatcoin says this is to make sure it only counts your outdoor steps and is a way of preventing users from trying to cheat the system. But with so much location data potentially at stake, some commentators have raised privacy concerns. In response, Sweatcoin promises 100% data privacy and says on its website that it would never sell user data.

Once set up, Sweatcoin uses your device’s accelerometer and GPS location to track your outdoor steps. The app currently gives you 0.95 Sweatcoins for every 1,000 outdoor steps you take (it automatically docks a 5% commission on each Sweatcoin earned).

Is Sweatcoin worth downloading?

After using Sweatcoin for the past week, here are my main takeaways:

It was harder than I expected to earn Sweatcoins. During my week-long trial, I racked up around 10,500 outdoor steps and this translated to what I thought was a pretty measly 10 Sweatcoins. Although, in the interest of full disclosure, I am a bit of a couch potato and spend most of the day indoors. If you’re more of an active, outdoorsy person, you’ll probably fare better than me.

At current Sweatcoin rates, if I wanted to buy that iPhone XS, I would need to earn a whopping 20,000 coins. At the snail’s pace I’m going at, that would take me almost 38 and a half years to accumulate.

My lack of physical activity isn’t the only reason it was hard for me to amass Sweatcoins. Sweatcoin admits that its verification algorithm is flawed: it only counts about 65% of a users’ total steps on average.

The app also limits how many Sweatcoins you can earn. For example, the free version of the app only allows you to notch up five coins each day. To earn more, you need to upgrade to a higher membership level. This will cost you Sweatcoins rather than cash.

2. It can be a drain on your phone’s battery

Sweatcoin tells you to keep the app running in the background at all times so it can accurately track your steps. As I soon found out, this can come at the expense of your device’s battery power.

Sweatcoin says it has made efforts to solve this problem and recommends that users experiencing issues turn on their phone’s “battery saver” mode. While I found doing this did help, there was one downside – I kept forgetting to open the app when I went walking outside, and so annoyingly not all of my steps were counted.

3. Motivation can turn to obsession

Sweatcoin taps into our obsession with quantifying various aspects of our lives, particularly in relation to health. Using Sweatcoin, I did feel more incentivised to get outside and get active. On more than one occasion, I took the long way home to try to boost my Sweatcoin steps and earnings.

And it seems I’m not alone. A 2015 study of 200 women who wore a Fitbit found that activity trackers had a profound impact on participant’s decision-making. The study revealed that 95% of participants increased the amount of weekly exercise they did, 91% took a longer route to boost their step count, and 56% hiked their walking speed to try and hit their targets quicker.

While all this quantification can provide motivation, there can also be downsides. The same study found that 79% of participants felt under pressure to reach their daily targets, 59% felt like the Fitbit was controlling their everyday routines, and 30% said that wearing the device made them feel guilty.