1. The Golconda Fort stands on a 120-meter-high granite hill 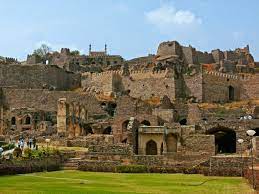 Golconda Fort is situated about 11 km away from the main city of Hyderabad. It was make by Kakatiya Kings, and after passing through many dynasties, it obtained renovated by Sultan Quli Qutb-ul-Mulk from the Qutb Shahi dynasty in the 16th century. Because of  the vicinity of diamond minesnamed Kollur Mine, Golconda fort once flourished as a major trade center of a diamonds, thus called Golconda Diamonds, a ig variety of diamonds. It features 8 gateways, many temples, mosques, stables, royal chambers, moveable bridges, and more. Do confirm  to attend the light and sound show here. 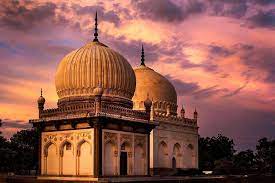 Qutub Shahi Tombs have 7 tombs of Qutub Shahi rulers who once ruled the city for a centuries. The tombs are unique from each other and represent a magnificent architectural design. It’s situated about 850 meters away from the Banjara Darwaza of Golconda fort. It remains open from 09:30 am to 04:30 pm, all day except Friday.

3. Mecca Masjid is considered among the largest mosques in the India 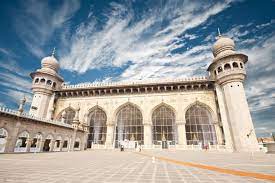 Mecca Masjid was established in 1617 by the renowned ruler Muhammad Quli Qutb Shah. It’s 75 feet high and is named from the soil that was brought from Mecca in the Saudi Arabia for its construction. It features 3 exquisitely designed facades carved out of a single granite stone. The structure is even famous  for its balconies, minarets, floral motifs, and more. The courtyard has the Asaf Jah ruler’s a marble gravesite.
Hyderabad: Three Historical Monuments to Visit Besides Charminar