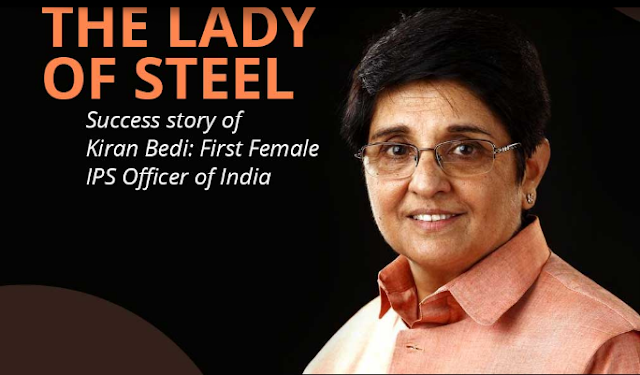 Kiran Bedi, (born in the June 9, 1949, Amritsar, India), Indian social activist who was the first woman to join the Indian Police Service (IPS) and who was instrumental in introducing jail reform in the India.

Bedi was the 2nd of four daughters. Her education contained an undergraduate degree in English (1968), a master’s degree in political science (1970), a law degree (1988), and a Ph. D. in social science (1993) with a focus on drug misuse and domestic violence. She connected to the IPS in year 1972 and went on to serve a variety of roles, containing narcotics officer, antiterrorist specialist, and administrator.

Bedi earned recognition for the work she did as inspector general of prisons, starting in 1994. In that capacity she reshaped one of the largest prisons in the world—the Tihar prison complex, in the Delhi—by addressing the corruption and human rights abuses she established there. She targeted sanitation and nutrition problems at Tihar and even implemented new literacy and drug treatment programs there.

In 2003 Bedi became the first woman and the first Indian to be appointed the United Nations civilian police adviser. She even founded two voluntary nongovernmental organizations, Navjyoti (in year 1988) and India Vision Foundation (1994), both of which were found  to operate primary education and adult literacy programs and to give vocational training and counseling services for women, also  to provide drug rehabilitation for prisoners. She was the recipient of numerous awards in the India and abroad. She was even  an accomplished tennis player and won many Asian championships.

From year 2016 to 2021 Bedi served as lieutenant governor of Punducherry union territory.