Never make 8 mistakes on WhatsApp, your account may be banned forever!

Never make 8 mistakes on WhatsApp, your account may be banned forever! 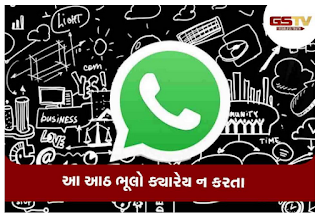 WhatsApp recently announced that it has banned more than 2 million accounts in India in the month of October 2021. It had earlier blocked more than 30.27 lakh Indian accounts for violating its terms of service. As new IT rules (moderation guidelines and digital media ethics code) 2021 become mandatory in India, Whatsapp publishes monthly reports on what action is taken in response to complaints received from users in India. Due to a number of law and order incidents, including riots, the platform has taken several steps to curb its misuse after WhatsApp became an important platform for spreading misinformation and fake news in India.

This includes measures to encourage users to report issues and to alert people to potential fake news and spam messages. Even though WhatsApp messages are end-to-end encrypted, this does not mean that users can share anything, as WhatsApp tracks a lot of meta.

According to WhatsApp's Terms of Service, doing these 8 things can cause the platform to block your account. In addition, for certain offenses, the user's metadata may be handed over to WhatsApp police for legal action, including arrest.

If someone is not in your contact list and you send too many messages to that person, Whatsapp may ban you.

If you use third party apps like WhatsApp Delta, GBWhatsApp, WhatsApp Plus etc., WhatsApp may ban you.

If you have been blocked by too many users, Whatsapp may block you.

If too many people report against your WhatsApp account, you may be banned.

If you send malware or phishing links to users, WhatsApp will ban you.