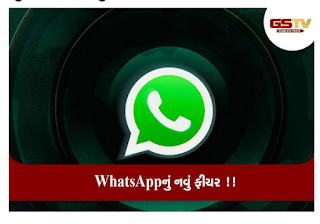 WhatsApp is adding a new functionality to its Disparing Message feature, if it allows users to automatically delete a message in a chat after a specified time. Announced by Mark Zuckerberg, CEO of Meta on Facebook. WhatsApp users will now have the option to turn on the disappearing message automatically for all their new one-on-one chats, so that all future messages will be automatically deleted without the service.

The meta-owned messaging service also stated how long it was giving users the option to delete the message. When the feature was first launched in November last year, users will have the option to make the message disappear after only seven days.

However there will also be an option to go ahead and remove it after 24 hours or 90 days. In addition, WhatsApp users will now have the option of having the Disappearing Message feature on by default for all new chats.

This is how you turn on the Disparing Message feature

Then go to the contact's profile

Choose one of the 24 hours, 7 days, 90 days option after turning on the feature.