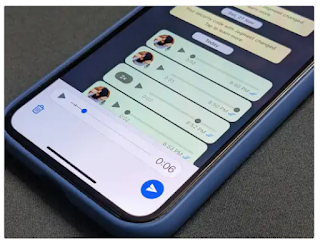 WhatsApp has started rolling out a new feature of voice messaging. Users will have the option to preview the message before sending a voice message. This update allows you to check if the audio is tidy. If you do not like this voice message, you can discard it and re-record it for sharing.

The voice message preview feature on WhatsApp works for both individual and group chat. This feature has rolled out to platforms including web and desktop, including Android and iOS.

This will delete the voice message

If the recorded message does not look the same to you, you can delete it by tapping on Trash Can. You can also send this alternatively by pressing the send button. You are also allowed to draft voice messages before sending contacts.

The feature was first spotted on WhatsApp in May. WhatsApp beta tracker WABetaInfo reports that it initially had a review and cancel button.