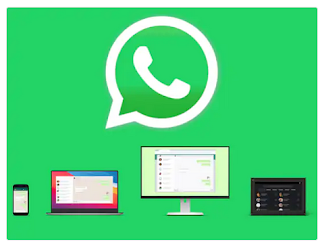 Until now, a WhatsApp account could only be connected to another device if the smartphone was on and had an internet connection.

Finally, WhatsApp has launched its most awaited feature 'Multiple Login'. This feature is currently in beta. Users will now be able to access their single WhatsApp account on 4 different devices. That means it will be able to log in with the phone on laptop, desktop and tablet at the same time.

Until now, a WhatsApp account was only turned on on a device when your smartphone was on and there was internet connectivity. There will be no headaches in this new update. Now you can multi-device login of the smartphone. This feature will keep the message end-to-end encrypted across all devices. The effect of one device will be seen on all. This means that if a chat is deleted from one device, the message will be deleted from the other 3 devices as well.

This is how multiple features work

WhatsApp's head Will Cathcart tweeted about this feature. It describes the old and new processes of multiple connections. Android and iOS WhatsApp beta users must have downloaded the latest update for the multi-device login feature. The company may soon launch it for all users.