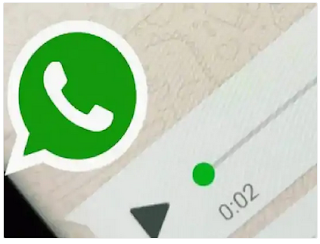 WhatsApp is testing it on Android and iOS beta users. Launching this feature will eliminate the hassle of deleting an erroneous voice message. WABetaInfo, a website that tracks WhatsApp's features, has announced this upcoming feature.

The company is also going to add 2 new features to the voice message. Like Twitter and Facebook, the company will offer a stop button while recording message reactions and voice messages. According to WABetaInfo, the Message Reaction feature is in development. This feature will be available to Android users as well as iOS users and web users.

The company has also launched an additional stop button in voice messages among iOS 2.21.170.15 users and some Android beta users. If the user wants to pause while sending a voice message, he can click on this button. The previous delete icon will remain the same in this update. All these features of WhatsApp are currently in the testing phase. The company will launch it globally after successful testing on beta users.