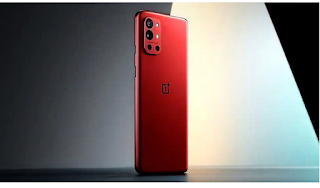 The OnePlus 9RT will launch in October, with a 6.55-inch AMOLED screen with a 120Hz refresh rate.

OnePlus 9 will be an upgraded version of the series, according to a report from Android Central. The phone will have a 6.55-inch AMOLED screen with a 120Hz refresh rate. The OnePlus 9R also had this display. Among other features, the OnePlus 9RT will support 65W fast charging. The phone will be powered by a 4500mAH high capacity battery. The phone is powered by a Snapdragon 870 processor.

Like the OnePlus Nord 2, the phone will have a 50-megapixel Sony IMX766 primary camera, a 16-megapixel ultra wide lens, a 5-megapixel macro lens and a 2-megapixel monochrome lens. Speaking of storage in this phone, the phone is available in 128GB internal storage with 8GB RAM and 256GB internal storage variant with 8GB RAM. The company will also launch a variant of 12GB RAM and 256GB. This phone will be provided with LPDDR4 RAM and UFS 3.1 storage. The OnePlus 9RT will be the company’s first phone to be launched with OxygenOS 12. OxygenOS 12 will be based on Android 12. The company may also release the first beta version of OxygenOS 12.