If you download this version of WhatsApp, life will be over! Check your mobile

If you download this version of WhatsApp, life will be over! Check your mobile 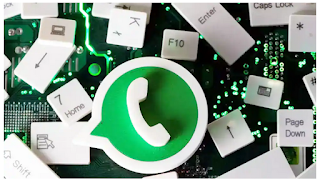 WhatsApp Tips And Tricks: A new Trojan has been discovered in the modified version of WhatsApp for Android. This is called a Trojan Trida. This app can get you in trouble after downloading. This can also hack your account.

New Delhi: Many apps are currently banded from Google Play Store. Google has done this to protect its platform. There are still modified versions of any apps on the Google Play Store. If infecting the user's device. A new Trojan has been discovered in a modified version of WhatsApp for Android. This is called a Trojan trial. Malware is capable of downloading a payload. If malicious activities are carried out on the device without the consent of the user.

Can get you in trouble:

The new development comes from Cyber ​​Security President Kaspersky. Trojan Triada FMWhatsApp 16.80.0 affects a modified version of WhatsApp, according to a report from researchers. Such modified apps are designed to provide additional features to users. Which are not found in the original WhatsApp. Downloading the FMWhatsApp modified app can get you in trouble.

This is how the Trojan Triada goes into the phone:

According to Kaspersky, Trojan Triada has now introduced a new version of FMWhastApp with its own Advertising Software Development Kit (SDK). If you launch the app. If infected with a Trojan, this device will assemble the identifier and send them back to a remote server. The server is said to register the new device. Returns a link for a payload. The app downloads the Trojan payload to the infected device. After this, decrypt this content.

Have discovered many different types of malware. One more can perform many functions on a malware infected device and that is full screen advertising. This type of advertising gets more and more views from the opposite party. Also able to sign up without your permission. Kaspersky has warned researchers not to download this type of app. In addition to signing up for an unwanted paid subscription, the user may also lose full control of their account. Apart from this, hackers can also hijack this account to spread spam and malware in your name.