Good news for Bullet Lovers, the new generation model of the Royal Enfield Classic 350 bike will launch on September 1, with an estimated price of 1.85 lakh.

Good news for Bullet Lovers, the new generation model of the Royal Enfield Classic 350 bike will launch on September 1, with an estimated price of 1.85 lakh. 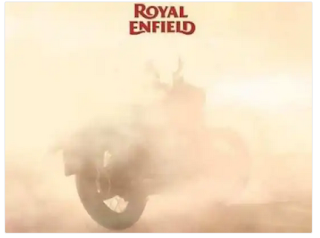 The company will launch the New Generation Classic 350 bike on September 1, Royal Enfield recently announced. The bike was previously expected to launch in the last week of August. But the company has now released the launch details for September 1 by sharing the ‘Block Your Date’ invitation.

The company has been testing this bike for a long time. The bike was recently spotted during a TV commercial shoot in Rajasthan. Which shows that the new generation model will not have the kick start feature found in the outgoing model. But the Classic 350 will have major updates with exterior design and technology. Details of many interesting designs about the classic 350 bike have also been revealed from the previously leaked spy photos.

The company is running a teaser campaign for this bike. The bike will be equipped with a single-cylinder, air-cooled engine

The company is running a teaser campaign for this bike. The bike will be equipped with a single-cylinder, air-cooled engine

The bike uses a new 348cc, single-cylinder, air-cooled engine. The engine generates 19.2 hp of power and 27 Nm of torque. It also has a new 5-speed gearbox. The new bike will get a little more power than the current model. Looking at the photo, it is clear that the design of the indicator light found in the new 2021 Classic 350 has also been changed. According to the report, the new bike can also be given LED lights. Halogen light is available in current model. The new 2021 Royal Enfield Classic 350 is built on the company’s new platform. According to the report, the bike is built on a twin downtube frame instead of a single downtube frame. Because of this the side profile of the bike is better than before. The frame was also used in the company's Meteor 350, which was launched in November last year. This has made the handling and performance of the bike better than before.

The balance 350 shaft is attached to the classic 350 new generation model. Which causes it to have less vibration. This gives the rider a better riding experience than the current model. However, the new bike is based entirely on its tradition design. But there will be some big changes. It features retro styled circular headlamps with chrome bezels, fuel tank in tear drop shape, round shape rear view mirrors, chrome plated exhaust (silencer) and attractive fenders. The side panels and fuel tank have C-shaped graphics, while the fenders are given new strips.

According to the report, the 2021 Royal Enfield Classic 350 features a digital display for information about the fuel gauge, odometer and tripper navigation pod. The company has given these features in the RE Meteor 350 bike. Royal Enfield's tipper navigation system will show navigation when connected to a smartphone via the Royal Enfield app. The 2021 Royal Enfield Classic 350 features a tripper display with a semi-digital speedometer similar to the Meteor 350 bike. This feature allows riders to navigate. This display provides information about turn by turn direction. Tripper Navigation will connect with Google. In such a situation, any rider can easily reach any unfamiliar place without getting lost along the way. The most important thing about this feature is that the rider's smartphone will continue to work well even when there is a network signal problem. This feature will be very useful for adventure riders.

The estimated starting price of the bike is likely to be Rs 1.85 lakh

The estimated starting price of the bike is likely to be Rs 1.85 lakh

It is natural that this bike will be expensive. Its ex-showroom price will start from around Rs 1.85 lakh and is expected to reach Rs 2.20 lakh (ex-show room). The classic 350 bike will rival the Honda H'Ness CB350 and the Java bike.